The Homolka - Vojířov Nature Park is an area with a distinctive landscape character with neatly incorporated farms and small holdings. Its location at the border did not allow for the development of the area in the past, which is only beneficial for its recreational use today. In the forest complex Homolka there still remains a relatively high proportion of mixed stands of flowery beeches of drooping bittercress. The best ones are protected in the nature reserve Fabian, but there are also many important plant species elsewhere. Occurrences of rare and endangered animal species include the black stork, stock dove, owl, woodcock, pygmy owl, boreal owl and the European moose. Přírodní park Homolka - Vojířov

The castle was probably built at the beginning of the 13th century by the Moravian Přemyslids as a stronghold of the territory in the triangle of Bohemia, Moravia and Austria. With its concept of two towers connected by a castle, it represents a complex of its kind unique in Bohemia and one of the most important Romanesque monuments in Central Europe. The upper part of the higher tower is designed as a lookout tower. It offers a view of the deep forests of Czech Canada.
Hrad Landštejn

The monumental set of buildings of the castle in Jindřichův Hradec, which was declared as a national cultural monument already in 1996, is one of the largest historical complexes in the Czech Republic. Together with the adjoining town it blends into a harmonious whole whose historic character and unique architectural and artistic monuments form an urban conservation area, proclaimed in 1950. Zámek Jindřichův Hradec

The National Museum of Photography 20 km

The museum is located in the monumental premises of the former Jesuit college and devotes its diverse activities to organizing exhibitions, workshops and other events. In cooperation with the National Technical Museum in Prague, it is gradually building a permanent exhibition called the Power of Media; its pilot section devoted to the photographic portrait has been opened to visitors since last year. During the season, the exhibitions are complemented by exhibitions with various themes.
Národní muzeum fotografie - Jindřichův Hradec

The main attraction of this farm is bison breeding.
Bizoní farma Rožnov

The Elves’ Paradise is to be found in a small little kingdom at the castle of Princess Sarah. These elves work at night and during the day they become inanimate figures which can be admired around their cottages. They have their own currency, Houbáčky (Mushroom crowns) which they use to pay on festive days in the Mushroom Park. Houbový Park a Ráj Skřítků

Like Castle Rappottenstein castle Heidenreichstein is a Minnesänger castle. Burgrave Heidenreich from Gars encouraged the chivalrous poetry like the Babenbergs. The construction of the castle started in 1190. The first proper test for the castle was in the 15th century, when followers of Jan Hus (1369-1415) and the rebellious peasants besieged it during the Hussite Wars. But the castle resisted. The castle has been in the possession of the Counts of the Kinsky family since 1961 and is partially open to the public. On October 25, 1957 the Austrian Post printed a stamp belonging to the Stamp Series Austrian architectural monuments – in the price of 10 shillings. Vodní hrad Heidenreichstein - Rakousko

In the town of Heidenreichstein, you can visit a factory for the production of homemade cheese. After making an appointment, it is possible to see the production and manufacture of homemade cheese of various flavours. You can also visit a sales area of several hundred square meters where you will find homemade products from the Austrian Waldviertel. Homemade plum brandy, honey, cannabis products, jams etc. will certainly captivate you. Die Käsemacher - Heidenreichstein

All year round, the park is open with statues and sculptures, where you can see works by Austrian contemporary artists. You can also find the painter Franz Zeh’s museum here with his paintings which he created during the 80 years of his life. Ateliér a galerie Zeh – Umění a sklo – Heidenreichstein/Waldviertel

The establishment of the town dates back to around the 12th century. The oldest written record dates from 1260. Originally it was a settlement, later a market village which belonged to the lords of Hradec (Vítkovec branch). The village slowly developed into a fortified town. From the 13th century an elaborate underground system was created that not only served as drainage but also as a defensive system for the town. The town was greatly influenced by the 14th century. At that time, it was probably extended from an earlier circular fortified settlement to a larger, gently sloping marketplace towards the west (nam. Miru) and also a market place eastwards in the form of an expanded street (Horni nam.). Město Slavonice

A historic farmstead built around the now nonexistent medieval fortress in the unspoilt countryside of South Bohemia, the seat of an established family business. Its main project, which opened in 2012, is a cheese factory for sheep and cow cheeses. We also produce lamb and sausages. Our products are sold in the farm shop in the Tavern "On the farm". In the Palupín farmhouse we breed Lacaune sheep.
Sýrárna Horní Dvorce

One Czech castle with one of the most romantic locations is the Červená Lhota water castle in South Bohemia. It was built on a rock which became a small island. As a baronial fortress, it was bought in 1530 by Jan Kába of Rybňany and was soon rebuilt into a Renaissance castle. After 1641, Lhota became the property of the Slavatas, the lords of nearby Jindřichův Hradec. Before the mid-19th century E. J. Schönburg-Hartenstein had the exterior of the castle changed into romantic style. At the beginning of the 20th century, the battlements and other neo-Gothic elements disappeared. Zámek Červená Lhota

The Underwater World in Schrems is a visitors centre of the nature park. The flora and fauna of the beautiful Waldviertel are at the center of attention. In the aquariums, you can observe fish, frogs and other animals. An ideal trip for children and the whole family.
Unterwasserreich Schrems - Podvodní svět Schrems - Waldviertel/Rakousko

On the site of the today's castle there stood a Gothic castle from the 13th century which was significantly expanded in the late 15th century by William of Pernštejn. In 1562, King Ferdinand I sold Hluboka into the hereditary ownership of the Lords of Hradec, who rebuilt it into a Renaissance chateau. A century later the Hluboká estate was bought by Jan Adolf I of Schwarzenberg, a founding member of the family branch that operated in South Bohemia for almost three hundred years. At the request of Prince Adam Franz, Adolf's grandson, the castle was rebuilt in the early 18th century by P. I. Bayer and his successor E. Martinelli into Baroque style. In the second half of the 19th century, prince Jan Adolf II. and his wife Eleanor rebuilt Hluboká once more, this time into romantic style. The project was designed by architect Franz Beer, who also managed the construction works for 20 years after this reconstruction started in 1840. Old buildings were demolished and replaced by a newly built picturesque castle in Tudor Gothic style. Its sophisticated exterior and interior decorations were completed in 1871 by Beer's successor, Ferdinand Deworetzky. Státní zámek Hluboka nad Vltavou

Gallien is located in the middle of the forest beside ponds. You can go fishing here or taste fresh fish. Besides the sauna, a nice evening by the fire is prepared for you as well as a playground for the kids. Gallien - Zábavný Park ve Walviertelu

Thanks to the Austrian association of falconers, falconry is part of the intangible UNESCO heritage. Here you can experience the beauty and grace of falcons and other raptors. You can observe a beautiful example of free flying and the interesting work of falconers. Look forward to an informative and enjoyable trip. Falknerei und Greifvogelzentrum - Zámek Waldreichs/Waldviertel/Rakousko

This town with a unique magical atmosphere, full of narrow, winding medieval streets, romantic hideaways, cafes and medieval taverns has been since 1992 a UNESCO World Heritage Site.
The charming town on the Vltava river is known for its original architecture – it is dominated by the State Castle Czech Krumlov- second largest castle complex in the Czech Republic (after the Prague Castle). There is also a large rococo garden, a monumental bridge over a deep gap in the rock upon which the castle is built and a perfectly preserved Baroque theater from 1766.
For art lovers, the famous Egon Schiele Art Centrum is definately worth mentioning too.
Město Český Krumlov

Amethyst is a mystical gemstone with a distinctive colour and mysterious reputation. In Maissau an entire thematic world connected to this unique gemstone has been built. This place is an ideal excursion destination for both individuals and whole families. Amethyst Welt - Svět Amethystu - Maissau/Weinviertel/Rakousko

In the surroundings of Roggenreithu (Žitovice in Czech), rye has always been grown, and bread was made in the last centuries. In 1995, the first whiskey was distilled there, and the first Austrian whiskey distillery was founded. Since then the family Haider has brought this business to a high level of quality. Besides whiskey, you can also taste interesting liqueurs and spirits.
První rakouská Whiskydestilérka-Waldviertel/Rakousko

The best wines from Lower Austria await you in Kamptal - Langenlois. In addition to unique wines, you will also experience unique architecture and lifestyle. Experience the journey of wine from the grapes to the bottle and be fascinated by a multimedia performance. Loisium Vinotéka - Okouzlí všechny Vaše smysly - Langenlois/Weinviertel/Rakousko

Prague - the heart of Europe, one of the most beautiful cities in the world, capital of the Czech Republic. One of its greatest architectural landmarks is undoubtedly the Prague Castle - the former seat of Czech kings and dukes. The large complex of palaces, churches, courtyards and alleyways of all architectural styles (including e.g. the Gothic cathedral of St. Vitus) has been, together with the historical center of the city, included in the UNESCO list of World Heritage Sites. Of course you must visit the Old Town Square, and stop by at the Old Town Hall with its famous astronomical clock, also the Charles Bridge and Lesser Town, where you will be dazzled by the beauty of the baroque church of St. Nicholas. Take a walk along the Jewish quarter and do not forget about the famous Prague ZOO. 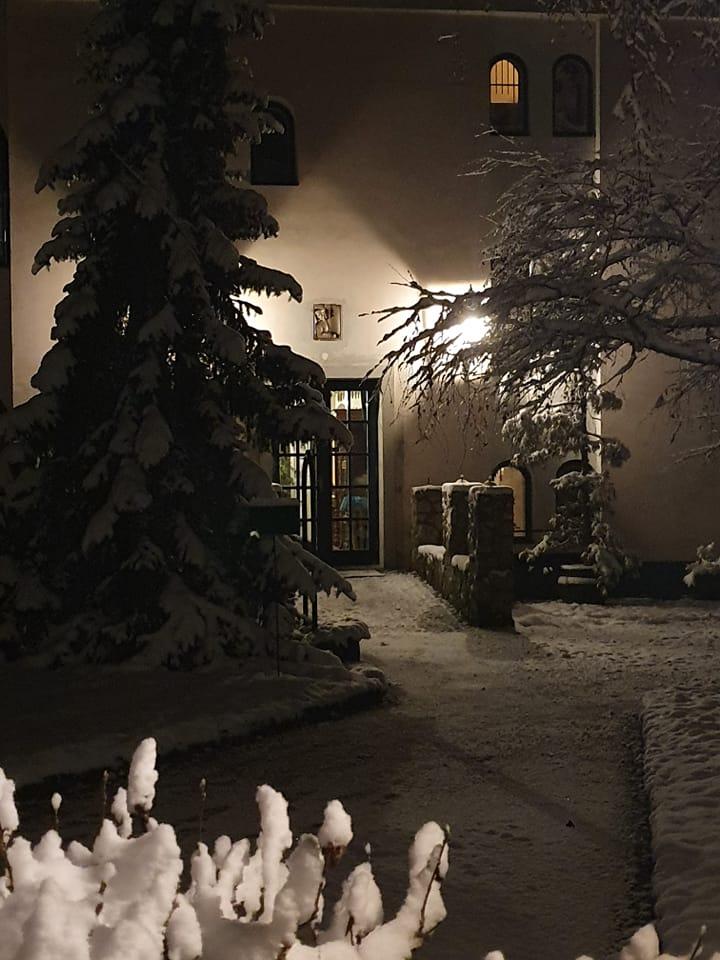 We would like to thank all our hotel guests for their visit during this long weekend. We are pleased that you enjoyed... 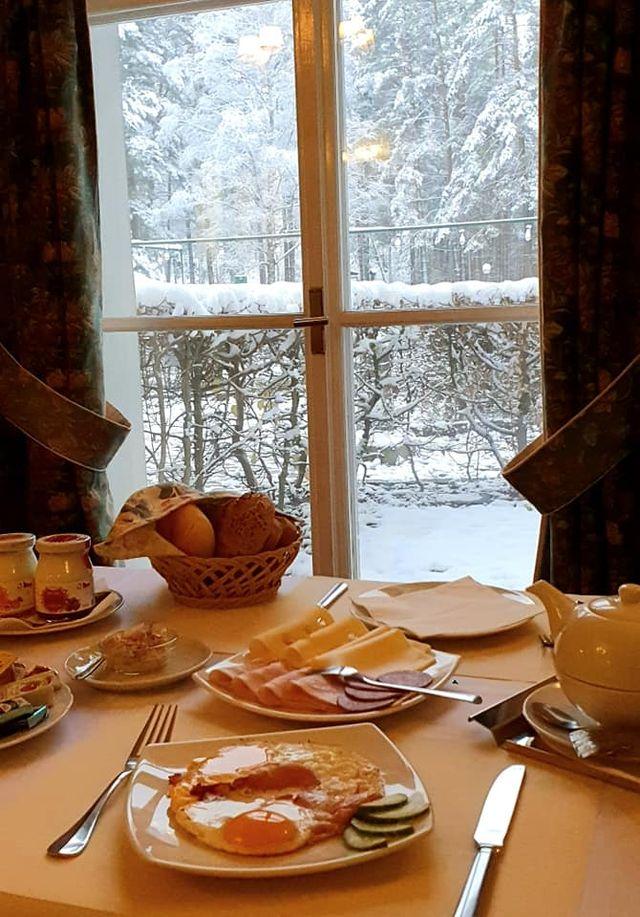 Good morning from Peršlák. Breakfast is ready. We wish you a wonderful Sunday from the forest. 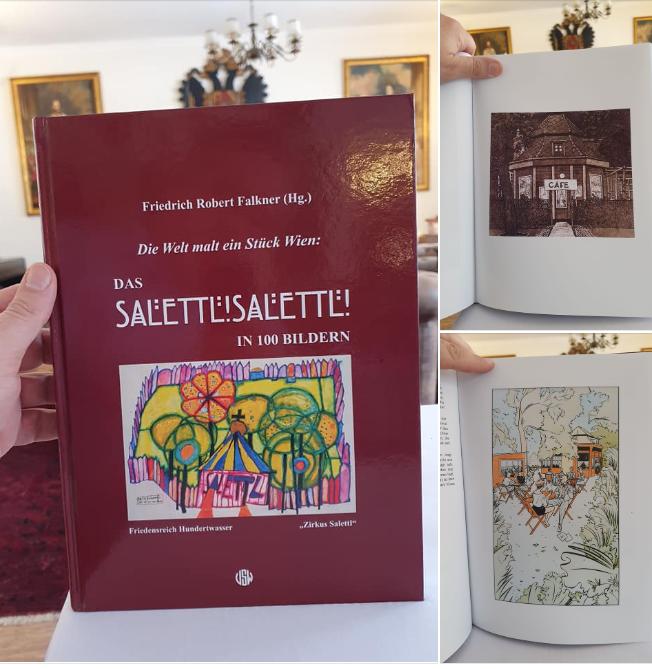 A small library is available for our hotel guests. Most titles deal with history, architecture, nature, but you will... 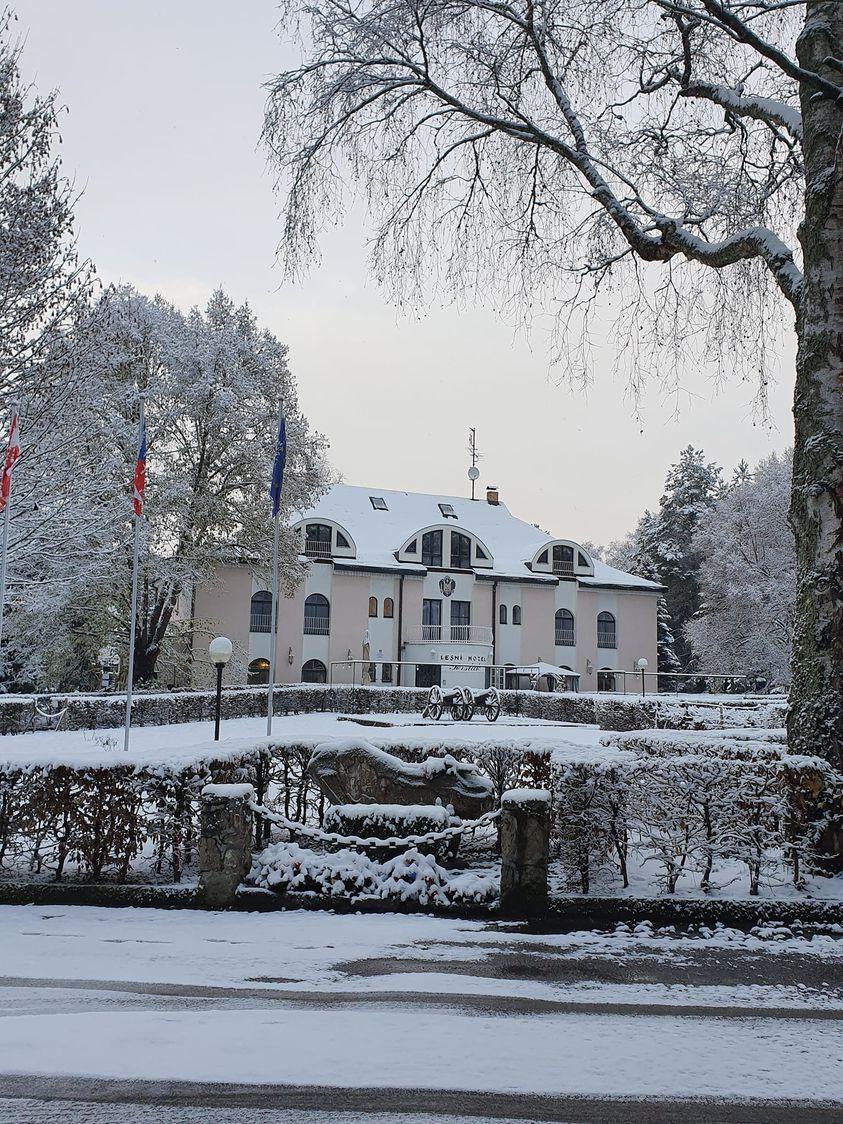 And now he's here. The first snow. A wonderful good morning from Peršlák.

Where to find us? 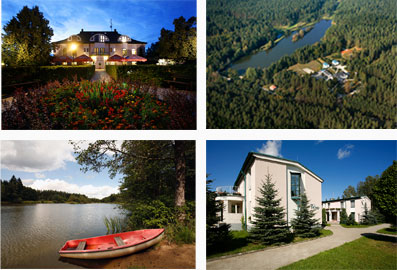 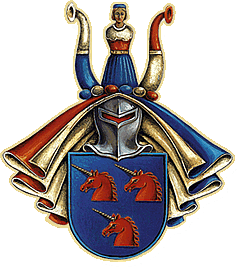 Dear guests, dear friends. Take advantage of our 6+1 offer this year as well. You pay for six nights and we give you the seventh as a gift. This offer is only valid for direct reservations, without intermediaries. We're glad looking forward to your visit. Make your reservation here.